WE BUY AND SELL QUALITY PIECES 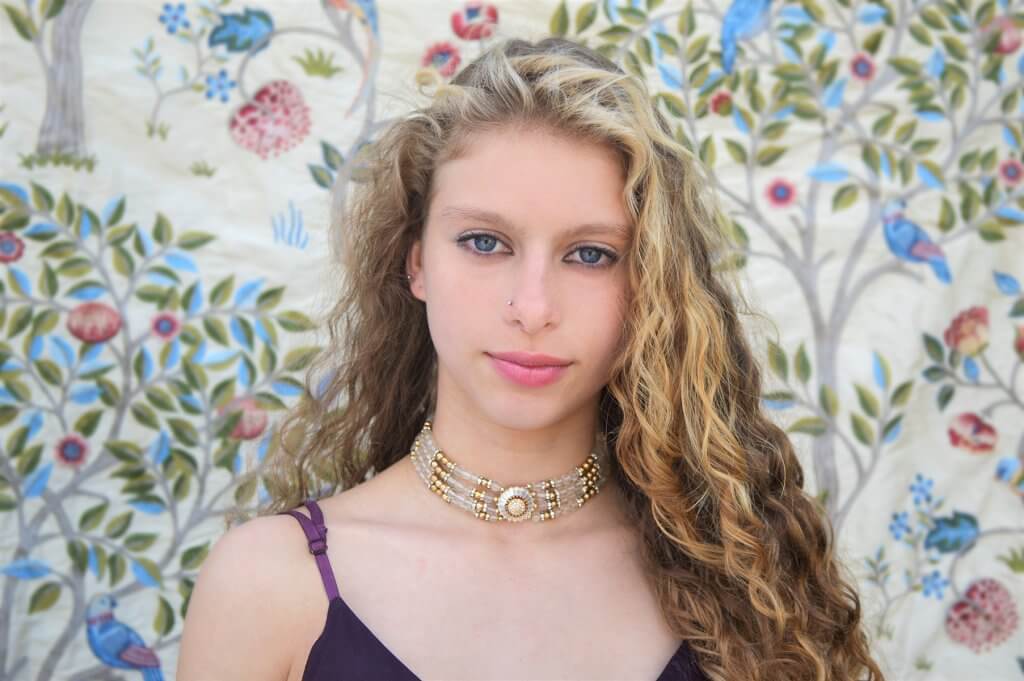 Christian Dior is an incredibly well known fashion house, founded by Christian Dior a French couturier, born in Normandy in 1905. He was the son of a wealthy fertiliser manufacturer and was one of five children. At the age of five, the family relocated to Paris, where Dior set up an art gallery which had been bought by his father. Here, Dior sold paintings by Picasso. However in 1929 he had to close the art gallery after the death of his mother and brother and the collapse of his father’s business. After this, Dior went to work for fashion designer Robert Piguet until 1940 when he was called up for military service, this lasted 2 years.

After doing his service Dior went to work for Lucien Lelong, where he and Pierre Balmain were the primary designers. During the war Lelong and Nina Ricci dressed the wives of Nazi officers and French collaborators as a way to keep the French fashion industry going.

While Dior was working for Lucien Lelong his younger sister was captured for being part of the French Resistance, she survived and was freed in 1945. In 1946, the couture house was opened at 30 Avenue Montaigne Paris, backed by Marcel Boussac, a cotton-fabric magnate.

Dior’s first runway was in 1947 and featured Miss Dior perfume named after his younger sister. The New York boutique was opened on 5th Avenue in 1948, and in 1949, Dior was the first couturier to arrange licensed production of his designs to allow the house to provide the full look to their clients. This was criticised by the French Chamber of Commerce for degrading the haute couture industry, however other fashion houses soon followed suit.

In 1955, Yves Saint Laurent became Dior’s design assistant and at the time of Dior’s death in 1957, Yves Saint-Laurent was promoted to artistic director until Saint Laurent was called up for service. He was replaced by Marc Bohan, who created a new silhouette for Dior- the Slim Look.

In 1978, the company went into administration being baled out by The Willot Group, later being sold in 1984 to investor Bernard Arnault. Arnault changed the brand of Dior  becoming the CEO, chairman and managing director. But in 1988, he sold a 32% share of the business to LVMH. Gianfranco Ferre was made stylistic director of Christian Dior in 1989, replacing Marc Bohan. He remained in this position until 1997, when he was replaced by John Galliano until 2011.  Raf Simons is the current artistic director for the fashion brand.

This vintage necklace was purchased in the 1980s from the Bond Street, London Boutique by a British TV Celebrity. The price is £350, in fine condition, made from crystal glass and costume pearls, available from The Design Gallery, Starborough Farm, Marsh Green TN8 5RB 01959 561234

Photo taken by Lucie Trapp of model Willow Verney, in front of Sanderson’s silk embroidery, inspired by May Morris.

The Design Gallery was launched in 2002 to specialise in progressive design movements of the 19th and 20th Century. We met whilst studying at Sotheby’s Institute of Art and discovered that we shared a passion for design, especially Art Deco, Art Nouveau and the Arts & Crafts Movement. 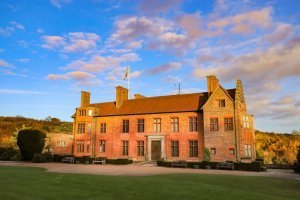 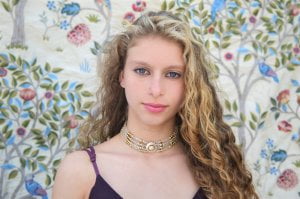 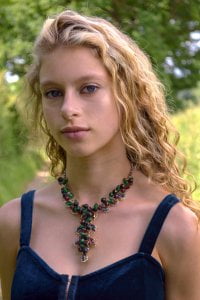 The Design Gallery© All rights reserved